GO AND TELL JOHN WHAT YOU HEAR AND SEE

GO AND TELL JOHN WHAT YOU HEAR AND SEE 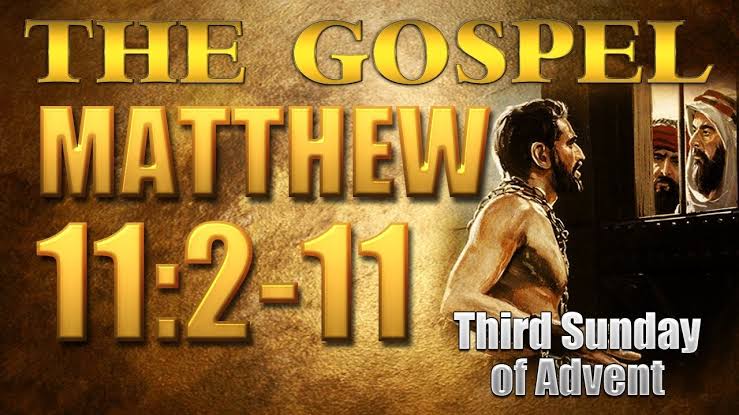 Now when John heard in prison about the deeds of the Christ, he sent word by his disciples and said to Him, “Are You He who is to come, or shall we look for another?” And Jesus answered them, “Go and tell John what you hear and see: the blind receive their sight and the lame walk, lepers are cleansed and the deaf hear, and the dead are raised up, and the poor have good news preached to them. And blessed is he who takes no offense at Me.”

Some modern Christians wonder why some Jewish people in the first-century Palestine did not recognize Jesus as the long-awaited Messiah. The answer is that Jesus was not the type of Messiah they were expecting.

Many of the Jewish people were looking for a political/military Messiah who would form an army, lead then in battle against their enemies, and conquer the world. Through the Messiah, God would establish His Kingdom on earth, transforming the world into a new Garden of Eden where there wouldn’t be any sickness or suffering. Scripture calls this period of time when God rules the world “the reign of God” or the “Kingdom of God”.

John, being Jewish also anticipated a Messiah who would form an army and free the Jews from foreign rule, however, Jesus did not fit this stereotype because He chose to preach about forgiveness and love of one’s enemies instead of taking up arms. Thus, John was probably a little confused and must have wondered when Jesus would start acting like the Messiah for whom everyone was waiting.

At first, it appears Jesus not answer John’s question because instead of coming right out and plainly saying yes or no, He points to His ability to the blind see, the deaf hear, and the lame walk. Jesus began to restore the world to what it was like in the Garden of Eden when there wasn’t any pain and suffering. Because all this is supposed to happen only after the Messiah comes into the world, Jesus is saying that’s who He must be. So, even though Jesus didn’t perfectly fit the messianic stereotype, His answer to John’s question was a definitive “yes”.

(Adapted from Jerome J. Sabatowich, Cycling Through the Gospels – Gospel Commentaries for Cycles A, B, and C, pages 6-7.)

Prayer: Lord Jesus, bless all who hunger and thirst for You. Fill them with joyful hope in the eternal prize that awaits each of us in You. I love You, Lord, and patiently await that glorious day when I will see You face-to-face. Amen.

Posted by achristianpilgrim on December 14, 2019 in BIBLICAL REFLECTIONS 2019, THE SEASONS OF ADVENT, CHRISTMAS AND NEW YEAR