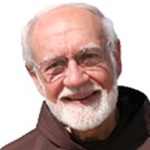 WHEN Francis renounced his father before the bishop, he was also renouncing his mother; and he experienced personally and painfully, the great rift in creation, the separation between God and people, between people themselves, and the deeper rift at the core of the human heart. There is, as mentioned earlier in these pages, no historical evidence of any reconciliation ever taking place between Francis and his parents; and if in fact it never did take place, the separation must have caused both Francis and his mother and father profound suffering. So it is not surprising that Francis’ whole life becomes a response to the reconciliation that has already taken place through Jesus Christ. Jesus has in fact reconciled all things to God, who is that Fatherhood and Motherhood in which Francis and both Pietro and Lady Pica can share. God becomes the Father and Mother in whom fathers and sons, mothers and daughters find their lost parenthood.

From the moment he embraces God, Francis begins to experience reconciliation with all that before seemed separate from him, including his parents. Francis knows their reconciliation is already effected; and even if there are no human words and acts of reconciliation, Francis knows the truth, the mystery at the center of every human relationship: “It is He (Christ Jesus) who is our peace, and who made the two of us one by breaking down the barrier of hostility that kept us apart … reconciling both of us to God in one body through His cross, which put enmity to death” (Ephesians 2:14,16).

What we cannot effect on the human level has already been effected on that same level through the humanity of Christ. We need only to understand and enter into the mystery the plan “to be carried out in the fullness of time: namely, to bring all things in the heavens and on the earth into one under Christ’s headship” (Ephesians 1:10).

The thorn in Francis’ heart was the knowledge that he had not been reconciled with his own parents when he knew they were in truth already reconciled through Christ to their common Parent in Heaven. That we cannot experience humanly what we know to be the underlying truth of a situation is often the deep ache at the heart’s core which reminds us that we are not gods but human beings, imperfect, sinful, unable to become or accomplish everything we would like.

The way of reconciliation allows for imperfection and failure, because what we cannot see happening on the surface of life is already accomplished in the hidden depths. Sometimes we have to be satisfied with that deeper reconciliation while we continue to work and pray and hope that what is there already at the core of reality will rise to the surface, and all people and things will become in word and action what they already are: “a dwelling place for God in the Spirit” (Ephesians 2:22).

Taken from: Murray Bodo, THE WAY OF ST. FRANCIS – The Challenge of Franciscan Spirituality for Everyone, Cincinnati, Ohio: St. Anthony Messenger Press, 1995, pages 96-97.